MENU
About Us
Media Centre
WE ARE WHAT WE LIVE. Lavazza at the MIA with images of Denis Rouvre
LOGIN

You just need [freeShipping] to get free shipping

WE ARE WHAT WE LIVE. Lavazza at the MIA with images of Denis Rouvre

Milan, 14th February 2017 – The seventh MIA PHOTO FAIR, involving artists, gallery owners and visitors from all over the world, is one of the most important events in the author photography scene: from 10th to 13th March, 80 galleries from 11 different nations, along with specialist publishers, will share and discuss the latest trends in photography in The Mall.

Lavazza has been associated with Helmut Newton’s photography since 1993, when he created the first legendary calendar. We chose this universal language to represent his identity in the world, entrusting the creation of the calendars and advertising campaigns to practising artists of contemporary photography.

To further emphasise our interest in the visual arts, in recent years the company has supported the most important international artistic events in this field. It is precisely by sharing the importance of the photographic language as an instrument of international communication that Lavazza has been a partner of MIA since its inception: after last year’s show dedicated to Mario De Biasi, this year the Lavazza Caffè Artistico will speak through the images of Denis Rouvre and the project WE ARE WHAT WE LIVE, created by the French photographer for the 2017 Lavazza calendar. This is the third chapter of a 13,000 km journey, made by Lavazza and Slow Food, to get to know over 350 Earth Defenders: after Africa with Steve McCurry and South America with Joey L., this third trip to Asia by Rouvre focuses on man and his symbiotic relationship with the environment. The twelve images on display at MIA are the perfect representation of inseparable entities, half man-half environment, as if between a territory and those who live in it, the story, voice and visions were unique. 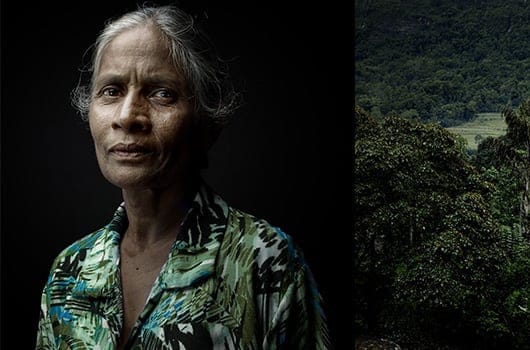 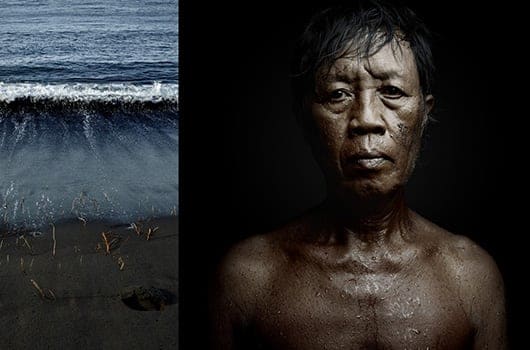 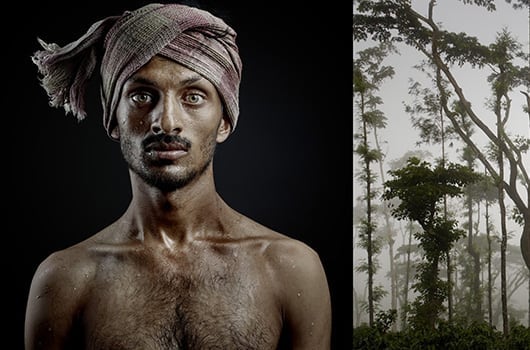