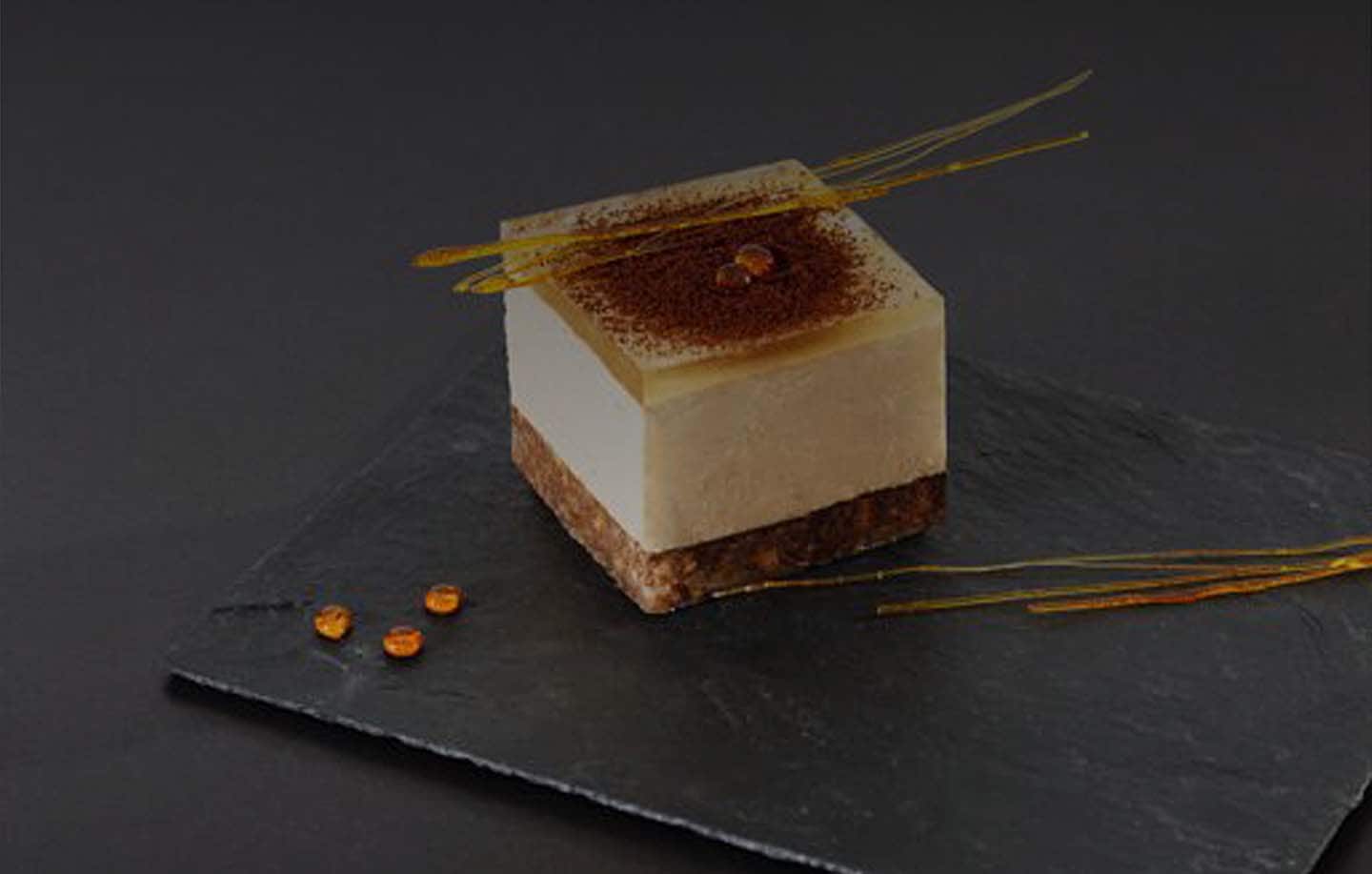 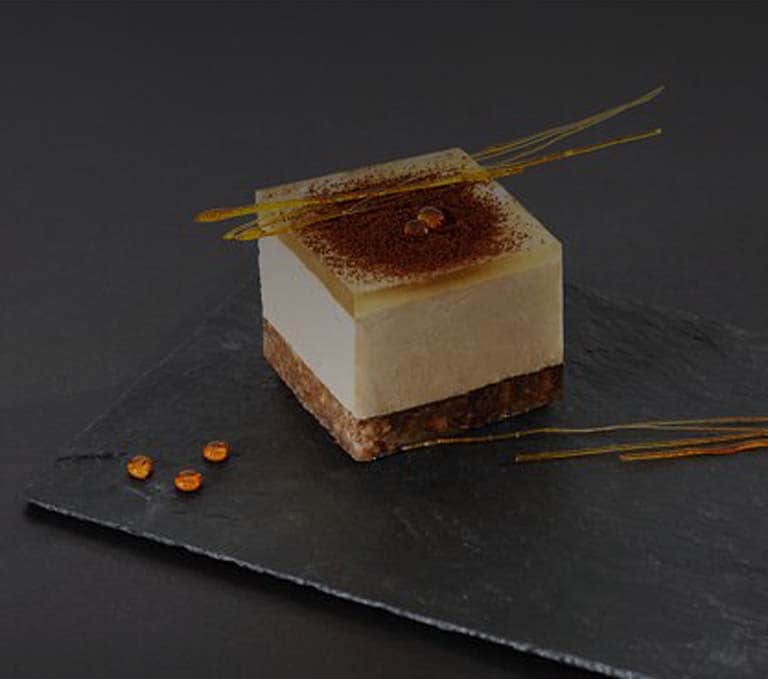 Learn how to prepare one of the world's most beloved desserts with a coffee twist.

Coffee cheesecake is one of the most beloved variants of a popular and much-beloved recipe for an American dessert, the classic Cheesecake.

Packed full of coffee  flavour, the coffee cheesecake is rich in sweetness and incredibly creamy. What more could you ask for in a dessert?

It is believed that the first cheesecake was created on the Greek Island of Samos. Back then, it was used to give energy to athletes at the first Olympic games in 776 BC, and oftentimes also served as the main dessert at weddings, now known as a wedding cake.

To prepare this delicious and easy recipe, we suggest using blends such as Qualità Oro. An unmistakable Central American blend, created from the selection of the best Arabica beans, with sweet and fruity aromatic notes. 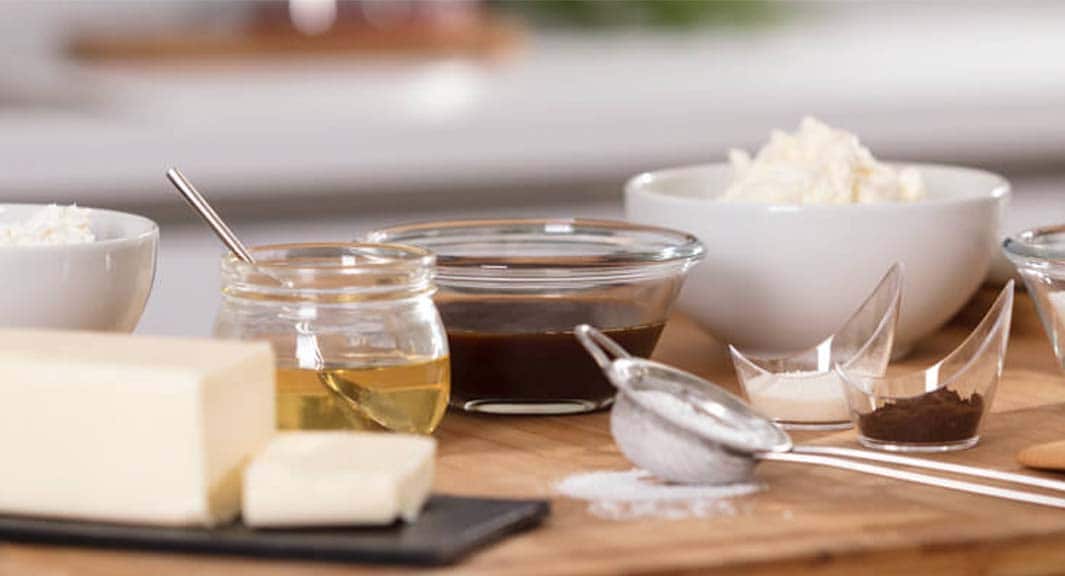 1. Crumble the biscuits into a bowl and combine the sugar and coffee powder with the biscuits.

3. Pour the melted butter over the mixture and mix until a uniform mixture is obtained. 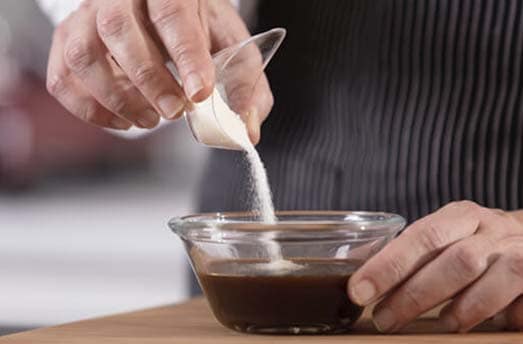 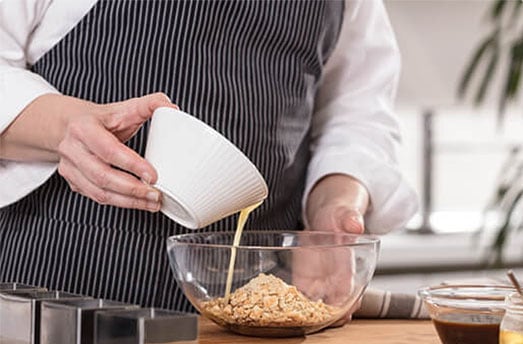 1. In a bowl, mix mascarpone, cream cheese and icing sugar.

2. Soften the gelatine sheets in cold water and melt them in the hot coffee.

3. Add the coffee to the cream and mix until a smooth and uniform mixture is obtained.

1. Place a layer of biscuit dough about half a centimetre thick on the bottom of a single-portion mould and let it cool in the fridge for 30 minutes.

2. Pour the coffee cream on the biscuit base, up to about a centimetre from the edge.

4. Pour a layer of gelatine half a centimetre thick over the cake and leave it in the fridge for 6 hours.

5. Assemble it in a serving dish and decorate with honey jelly and coffee powder. 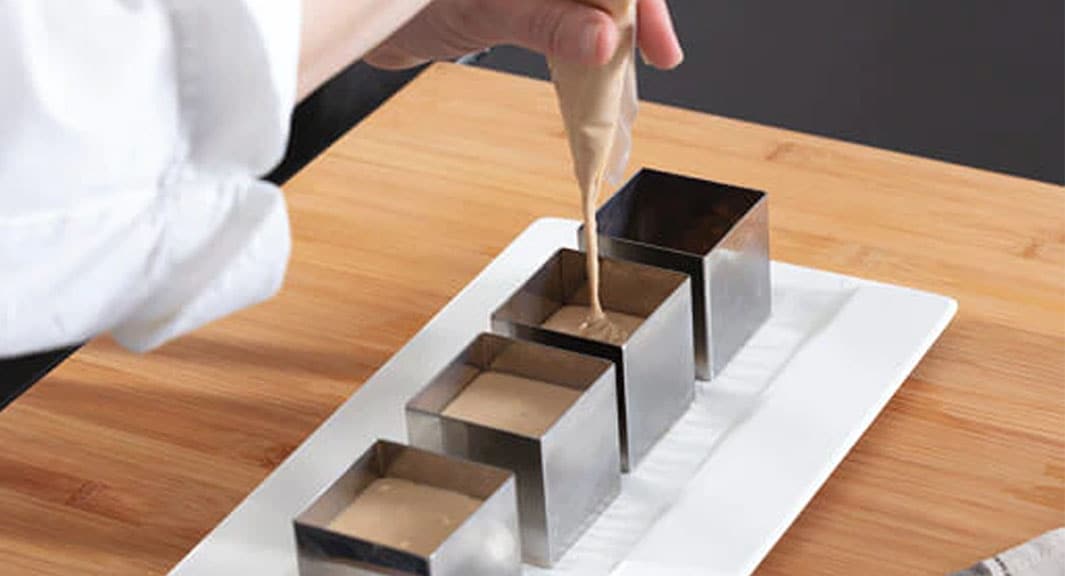 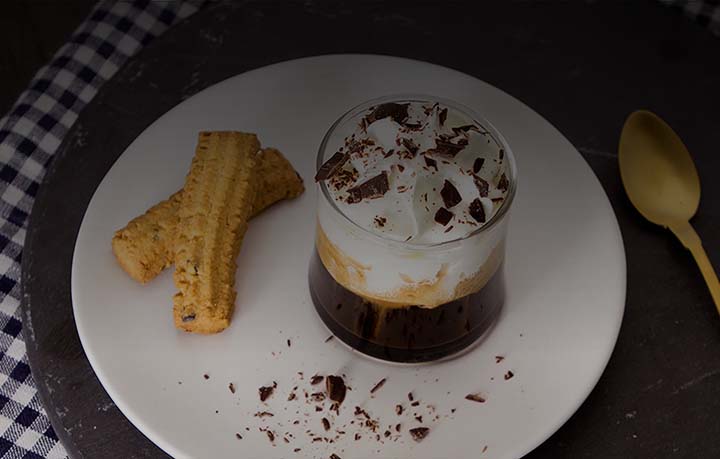 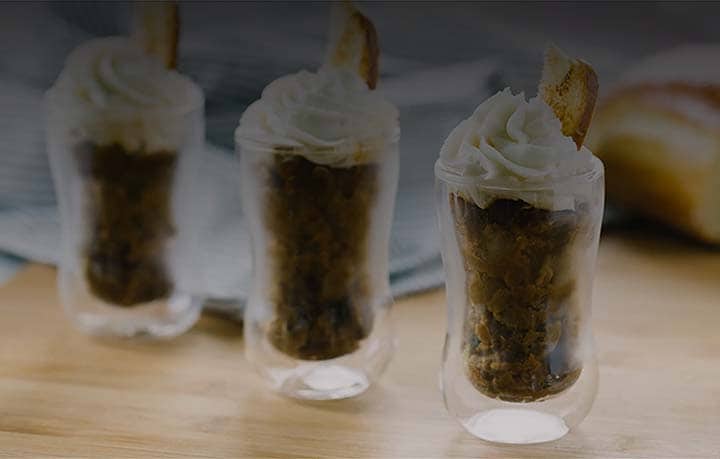 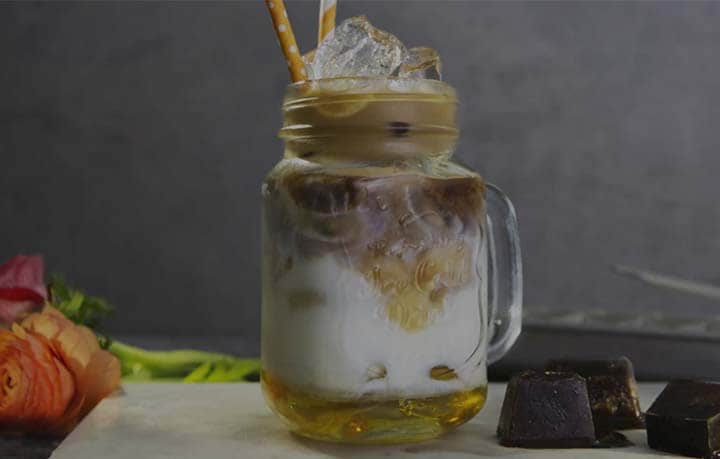 How to prepare the best caffe shakerato 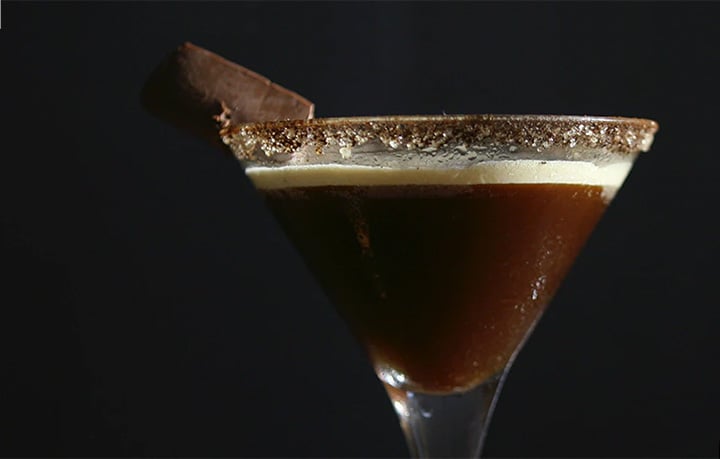 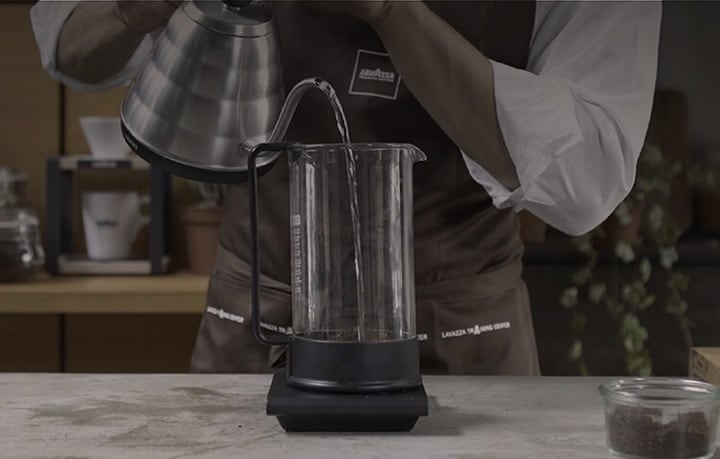