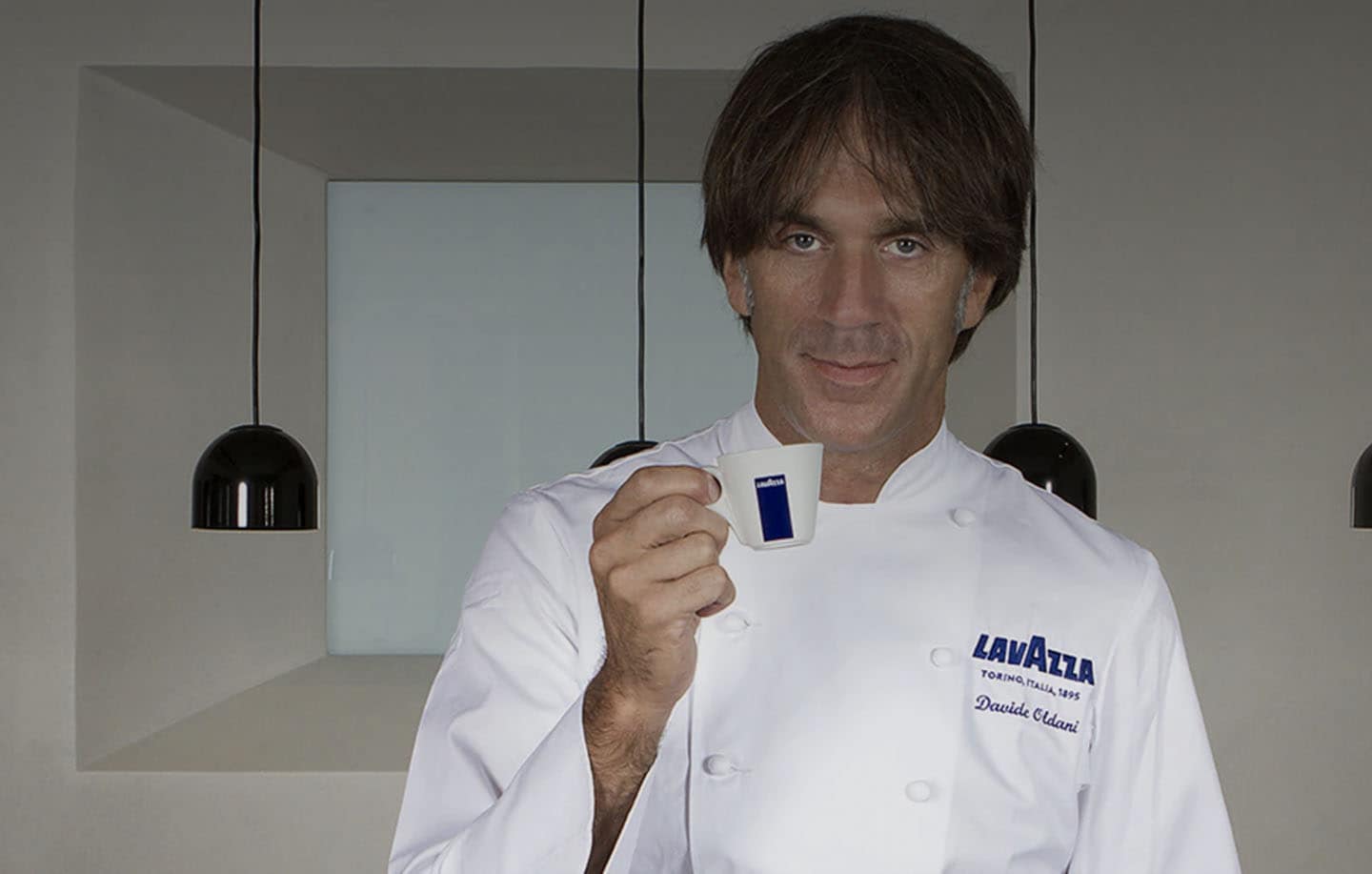 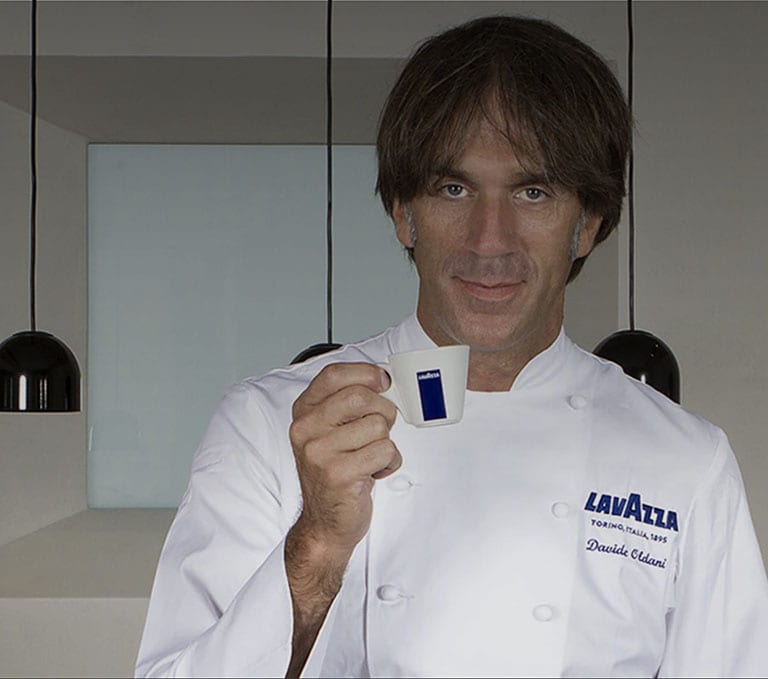 Discovering the story of the cuisine made of familiar tastes and exceptional techniques.

A perfect mix of affordability and quality, his cuisine is simple and pleasing to everyone’s palate. Davide Oldani is one of the renowned chefs who have welcomed Lavazza into his restaurants. You can enjoy the chef’s extraordinary cuisine, as well as a cup of Lavazza coffee, at D’O, new D’O and Oldani Cafè. 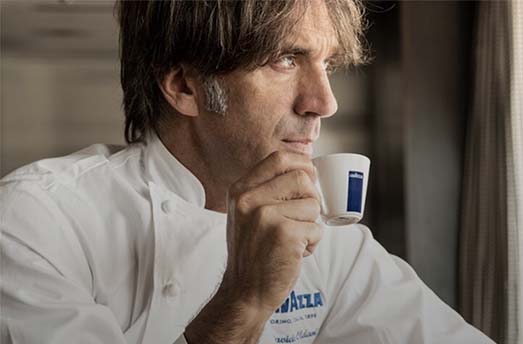 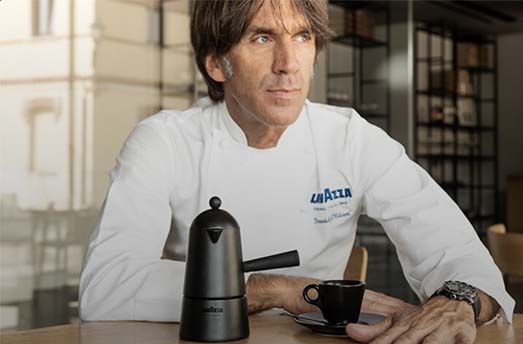 What do we know about Oldani and his expertise?

D’O restaurant opened in 2003 in his hometown of Cornaredo, in the province of Milan, and it is the result of several years of experiences that have seen him rubbing shoulders with renowned chefs like Gualtiero Marchesi, Albert Roux, Alain Ducasse and Pierre Hermé.

All of these renowned chefs have been important teachers for Oldani’s career. Marchesi pushed him towards a certain way of understanding his profession, while Albert Roux helped him discover the delicacy of French cuisine. On the other hand, Ducasse showed him the managerial aspect which goes hand in hand with the chef’s profession, while Pierre Hermé revealed to him the final secret: the importance of pastries in French cuisine. 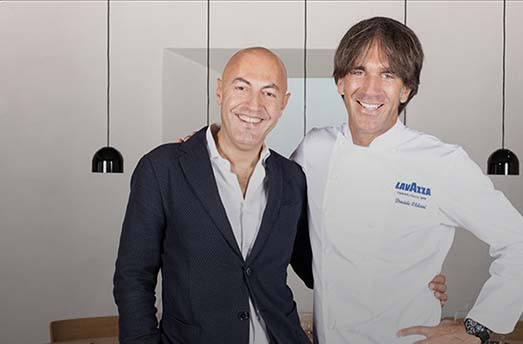 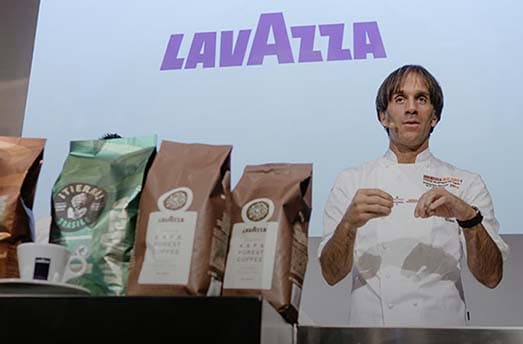 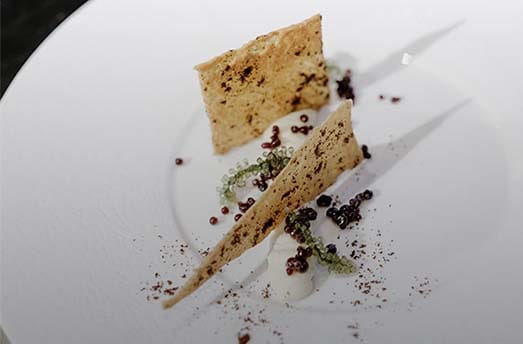 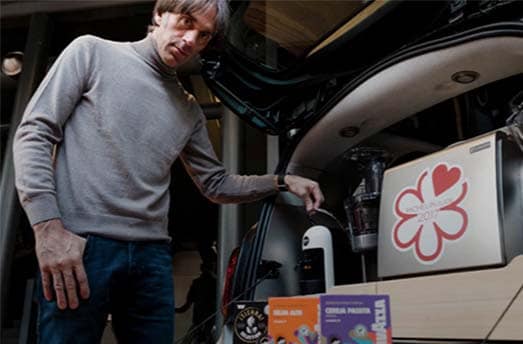 By taking a small seed of inspiration from each one of his teachers, Oldani created his own culinary philosophy: pop cuisine. An economical way of cooking: full of flavour and suitable for showcasing the value of the most traditional flavours in their most natural state. The concept at the heart lies in the intention of highlighting flavours that everybody is familiar with, but from a different perspective. 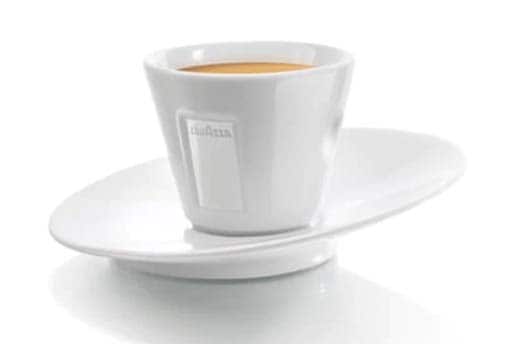 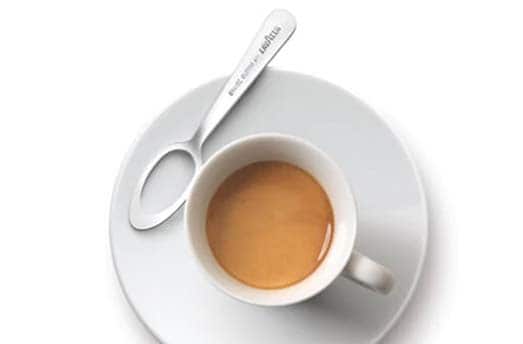 After one year in business, the most authoritative gastronomic guides listed him among the leading chefs of Italian cuisine, and only five years later, in 2008, he received the Ambrogino d’Oro medal from the City of Milan.

Oldani's career has made great progress, as the result of many of his satellite projects based on his culinary art. In 2013, he was invited to Harvard to describe his experience as an entrepreneur following a case study of his restaurant, which had been published in the Harvard Business School Review. Moreover, he authored several books, such as Storie di sport e cucina (Stories of Sport and Cuisine; 2013), CheFacile (SoEasy; 2013), “Pop Food” (2015), D’O eat better (2016). In 2015, he also gave a lecture at the HEC Business School in Paris, was nominated an EXPO 2015 Ambassador and participated in the World Business Forum in Milan as a speaker. 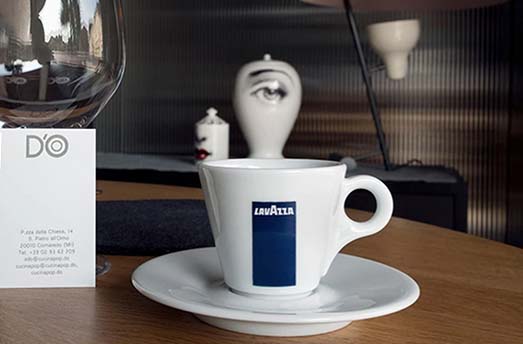 D’O is not his only business endeavour. In 2014, he founded the Davide Oldani Cafè, a coffee bar in the new Piazza del Lusso area of the Malpensa Airport in Milan. Along with the opening of his restaurants in Manila and Singapore, Oldani inaugurated the new D’O restaurant. An evolved version of its predecessor, the new D’O was established in order to allow him to create ‘greater’ cuisine, worthy of comparison with any, both within Italy or further afield. Oldani was awarded his first Michelin star for D’O in 2016 and his second in 2020. As a result, Davide Oldani is currently one of the top 50 chef ambassadors of Italian cuisine in the world. 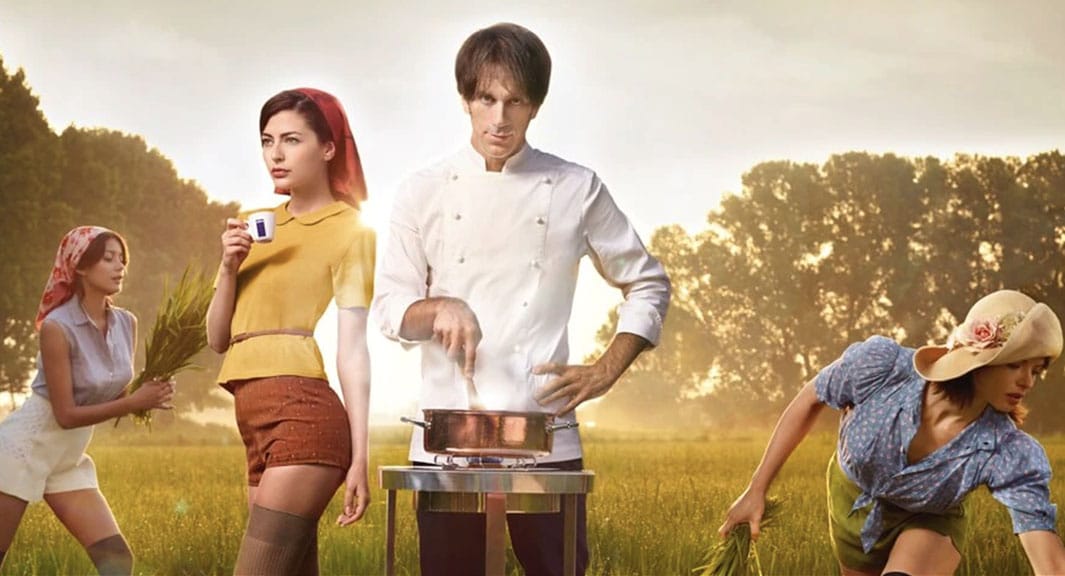 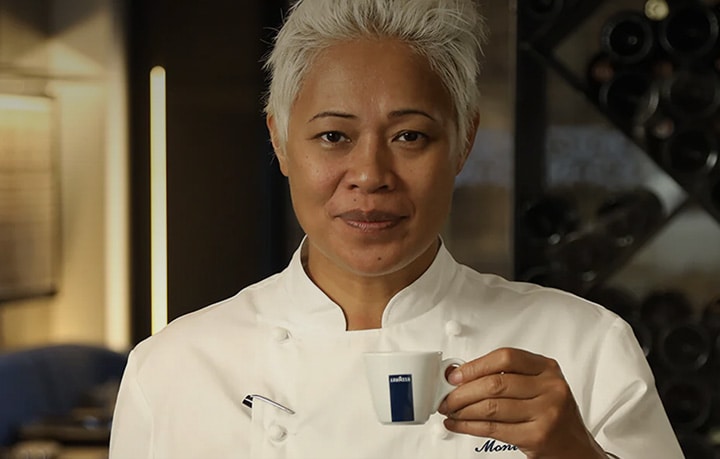 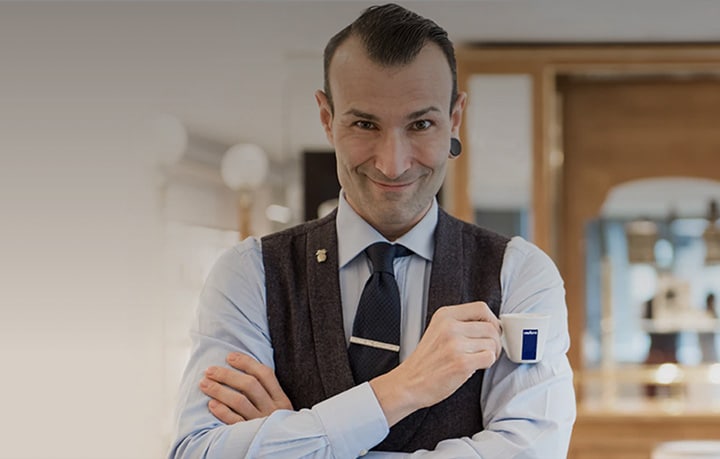 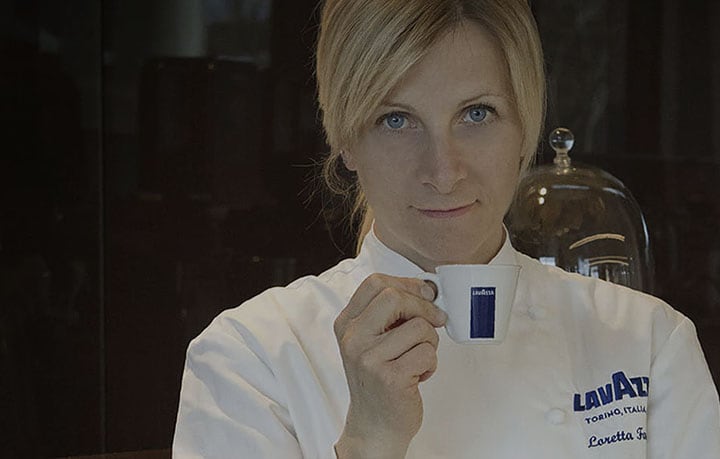 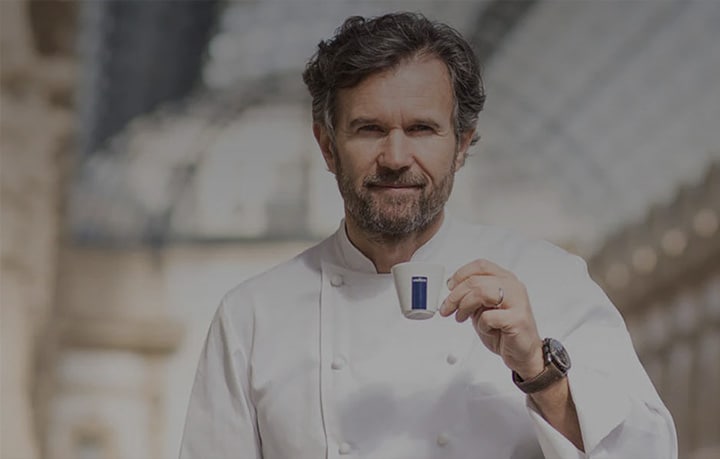 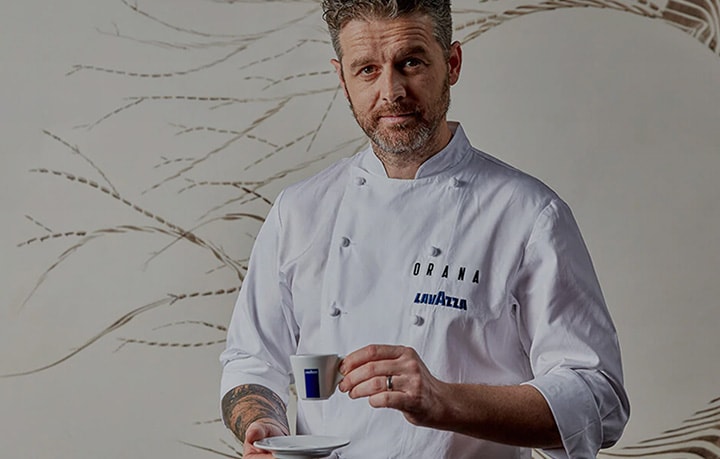 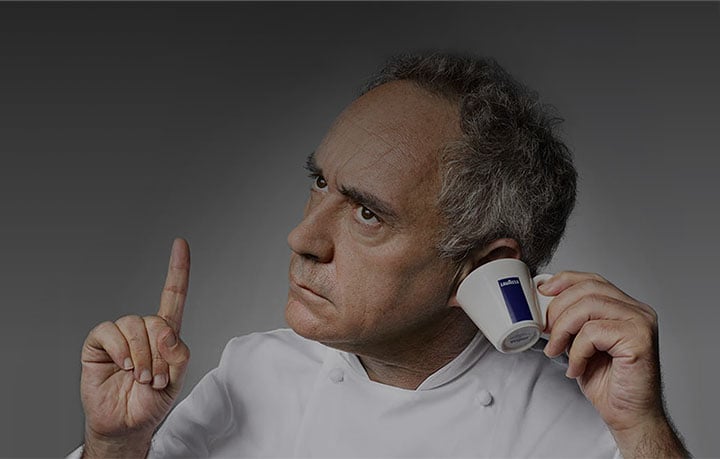