Exit
Subtotal
What are you looking for?
Coffee
Coffee Machines
Accessories
Business
Lavazza World
Sustainability
About Us
Assistance
Contacts

Do you want to receive your coffee at home or at the office?
Fantasia Clearance
COFFEE
ALL COFFEES
A Modo Mio Coffee Capsules
Roast and Ground Coffee
Coffee Beans
Instant Coffee
Coffee Drinks
Compatible Capsules
FIND YOUR BLEND
PROMOTIONS

Discover the benefits dedicated to you

I want to own a Lavazza Coffee Machine.

A great coffee is your best ally: Lavazza Business, the quality of the bar where you want it.

Classic Special
Lavazza World
LAVAZZA WORLD
Advertising
Calendar
Top Gastronomy
MAGAZINE
Coffee Culture
Inspiring Cooking
Art & Culture
Tennis
From leaf to cup, Lavazza coffee passes through 40 different pairs of hands. A journey of value through cultures and latitudes.
Coffee: a value to be cultivated
Sustainability
SUSTAINABILITY
Our Commitment
The Foundation
The report
From theory to practice: discover the impact of Fondazione Lavazza projects.
The Foundation
About Us
ALL AREAS
Company
Innovation Centre
Training Centre
Nuvola
Stores
Media Centre
A new home for us, a redeveloped area for the city of Turin.
Nuvola

Hello [USER_FIRSTNAME], what are you looking for?
Start writing

Coffee Sapiens - The places of coffee

While the origins of coffee are a question of myths and oral tradition, the timeline of the drink's popularity across Europe can count on specific coordinates.

In 1668, Turkish ambassador Soleiman Agha arrives in Paris with a large amount of coffee beans. He prepares the warm drink and serves it to Louis XIV, who appreciates it straight away. This marks the start of France's extraordinary coffee history.

Agha opens a shop inspired by the Ottoman kahve kanes, with waiters dressed and behaved according to the Turkish tradition.

This coffee place, together with the spread of street vending and the activity of European ports, contributes to the rise of Parisian cafés.

On one hand, all these possibilities make the consumption of coffee even more pleasurable. On the other hand, cafés become a real meeting place for intellectuals, poets and revolutionaries.

Three centuries later, coffee has strengthened its social role and has evolved in dozens of elaborations. In the morning, coffee at the bar represents a ritual and the newspaper is still there, eager to embark on new adventures.

After lunch, both at the restaurant or at home,  it's the perfect drink to close the meal. Among other crucial moments, we frequently find the afternoon snack -a reward to get through the day- and various coffee breaks - especially at work, where we seek a moment to step back from the frenzy as well as an effective recharge.

Moreover, the versatility of coffee, plus its quickness and affordability make it a casual invitation for every part of the day.

If in 1700 coffee gave energy to revolutions, today it remains a firm starting point for our everyday adventures.

The journey of Coffee Sapiens goes on, next stop Paris. Follow Andy Anderson, aka @manmakecoffee, on the trail of the oldest cafés in the world.

The last step of the collaboration between Ferran Adrià and Lavazza, to go beyond the limits of coffee once again. 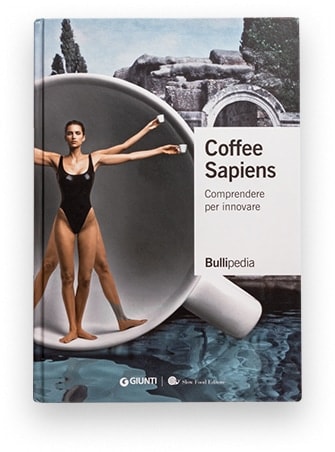 We have found other articles that might interest you...

MAGAZINE
Drink one coffee and pay for two

FIND OUT MORE
MAGAZINE
A coffee down under

FIND OUT MORE
MAGAZINE
Coffee Sapiens - at the origins of coffee

FIND OUT MORE
MAGAZINE
The places of coffee